Animal Alliance of New Jersey kicked off their 13th annual Pet Masquerade Parade on Saturday, October 21, 2017 in Lambertville, New Jersey. Belle Mead Animal Hospital was one of the proud sponsors of the event. 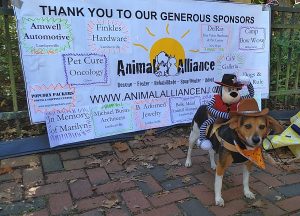 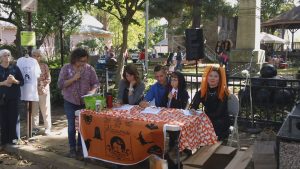 Anne gave Dr. Martins a special thanks for being so instrumental in helping to get Animal Alliance off the ground and continuing to care for many of their rescued animals they bring into the shelter.

Anne explained that the Pet Masquerade event was first launched in August 2005 after Hurricane Katrina devastated New Orleans. Monkey Hill Antiques decided to raise money for the displaced and injured dogs left behind, and the Pet Masquerade was born. Two years later Animal Alliance of New Jersey took it over, and all proceeds of the event support the shelter animals and the low cost spay/neuter clinic the organization operates.

To help get the costume parade started, members of the newly built Music Mountain Theater performed in costume some bits from 101 Dalmatians and Alice in Wonderland. 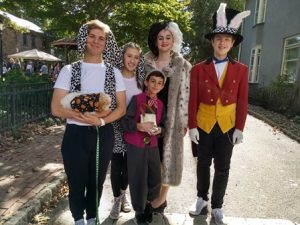 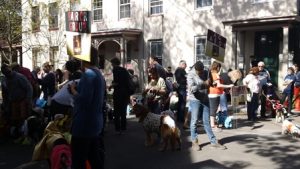 From small dogs to large dogs, the canines paraded with owners often dressed in matching outfits! The creativity was amazing, and the dogs seemed to enjoy the event as much as the spectators.  From butterflies to ladybugs to Monday Night Football, the participants did not disappoint. 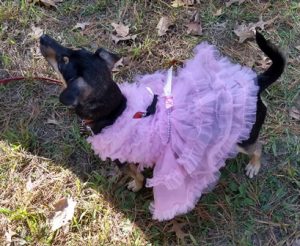 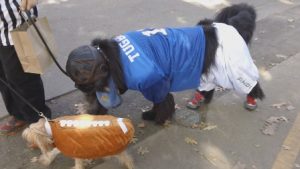 A highlight at the end was the Adoptable Dogs portion of the costume parade. Some very adorable canines looking for their forever homes strutted their stuff and seemed to enjoy every moment of their special time in front of the judges. After careful consideration, the judges made their picks and prize winners in all categories were announced. 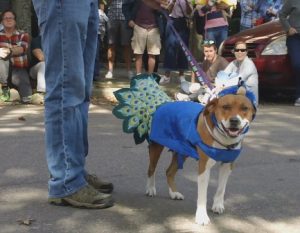 Folks enjoyed the park area where they found food and baked goods, Tricky Tray raffles and commemorative T-Shirts, all sales to benefit Animal Alliance of New Jersey. The music donation was provided by Barry Middleberg. 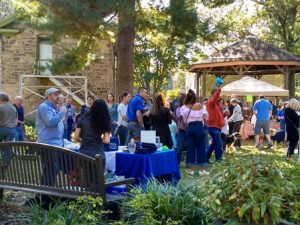 If you missed it this year, plan to come next year. You won’t be disappointed.  And take a moment to walk around town.  Here’s a hint: the residents in Lambertville really know how to decorate for Halloween!

Learn more about Animal Alliance of New Jersey on their website here.

Recommended Reading:  The benefits of spaying and neutering your pets 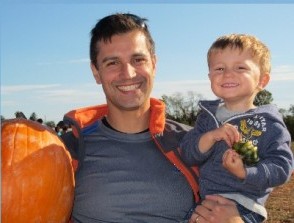