Pets, especially dogs as they tend to be curious with nose to the ground, can have harmful interactions with stinging insects such as bees, wasps and hornets (a sub-species of wasps). Although stings to dogs are the most common, any pet can sustain a bee or wasp sting.

A sting is the injection of venom through the skin via the insect’s stinger. A bee can sting only once and dies after the sting. Wasps can sting several times in one episode and cause more painful reaction.

Most insects are rather shy, and the insect’s sting is generally a defensive reaction to protect itself or its home. However, some insects such as the bold faced hornet, can be quite aggressive when a human or pet comes close and it feels threatened. When stung, insect venom can cause reactions that can be localized, anaphylactic, and/or in the case of multiple stings, toxic.

The Best protection against insect stings is prevention

If you are aware of a hive or other home of a stinging insect, the safest thing to do is have the nest removed/relocated by a professional and to restrict your pet from that area.  Remember, not all stinging insects live in visible hives. Some live in holes in the ground such as bumble bees, ground hornets, and yellow jackets. Others may build nests out of sight under porches or inside sheds (see photo below). 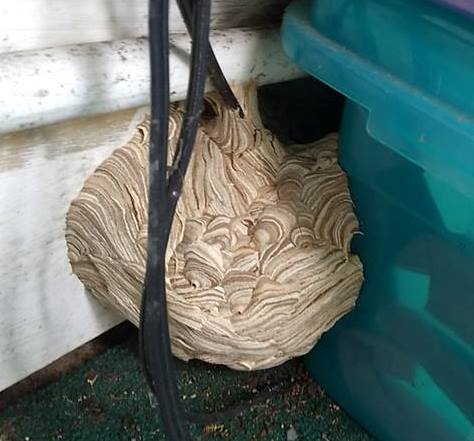 If your dog is persistently sniffing or digging vigorously at the ground, it may be worth a quick investigation to ensure that they are not invading the home of a stinging insect and remove the pet and yourself from the immediate area. 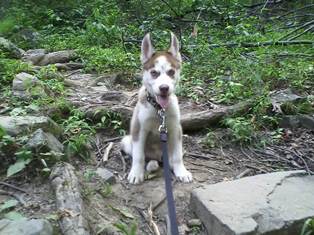 As dogs tend to investigate using their noses, the face is a common sting site in dogs. Signs your pet has been stung include pawing at the face, swelling, redness, limping, chewing on a paw, or a short burst of vocalizing such as yelping or whining. If any of these signs appear, it is a good idea to inspect your pet for evidence of an insect sting. In most cases the clinical signs will be mild to moderate and can include localized pain, swelling, redness and itching. However, stings to the mouth, face, head, or neck can cause difficulty, and sometimes inability, to breathe. Some pets, just like people, can develop severe systemic (anaphylactic) reactions to insect stings. In animals allergic to Hymenoptera venom, just one sting can cause anaphylaxis (severe life- threatening allergic reaction).

It’s best to consult with your veterinarian to determine if your pet should be evaluated. Do not try to administer any over the counter medications. These and home remedies can at times do more harm than good. Again, consult your veterinarian for immediate and proper treatment, especially after multiple stings when treatment should be sought immediately regardless of whether symptoms have developed. Treatment for severe cases can include antihistamines, steroids, epinephrine, intubation, oxygen, fluid support, pain control, and other medical intervention as needed.

Pyrethrin and Permethrin poisoning in cats

Warning: Essential Oils are a Toxic Risk to Pets

Garden mulch can be toxic to your pets

Lily toxicity and your cat

Mushroom toxicity can be life-threatening to your pet

Handling Every Pet with Love Every Day!

As Certified Fear Free Professionals, our Mission is to prevent and alleviate fear, anxiety and stress in pets by inspiring and educating the people who care for them. 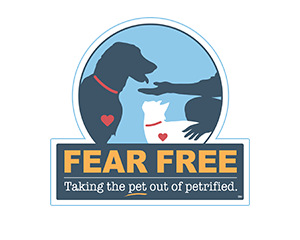 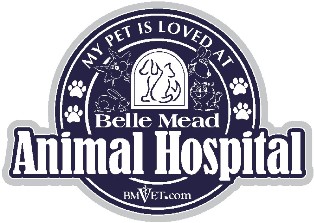