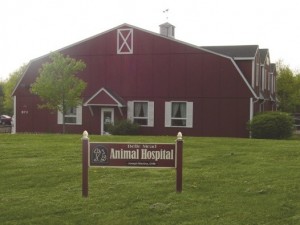 January 2013 – Mushrooms May Be Toxic For Your Pet

A wide variety of mushroom species are found in New Jersey. Ninety-nine percent of mushrooms have little or no toxicity, but the remaining one percent is highly toxic and can cause life-threatening problems for dogs and cats. Highly toxic mushrooms may be found on lawns as well as in wooded areas. They are often, but not always, found under or near pine trees.  They are found in New Jersey at all times of the year.

If you suspect your pet may have ingested or even nibbled on a mushroom, it is imperative that you call a Veterinary Hospital or Animal Poison Control Center immediately.  DO NOT WAIT FOR YOUR PET TO EXHIBIT SYMPTOMS!

Without rapid response and treatment, pets not showing any symptoms of mushroom toxicity can rapidly develop them and die suddenly.  Once symptoms begin, it may be too late to save your pet.

If possible, also collect samples of the mushroom you suspect your pet has been exposed to.  Store the samples in a paper bag (not plastic) in the refrigerator or other cool area safely away from pets and people.

Once the mushroom toxins reach the animal’s blood stream, the following symptoms may be observed:

If there is a case of suspected mushroom poisoning, treatment is supportive with Intravenous fluids.  Veterinarians should not give Atropine unless the mushrooms have been clearly identified.  You can visit the North American Mycological Association website for further information about mushroom poisoning in dogs and cats.

It is the Amanita verna, Amanita bisporigera, Amanita ocreata or Amanita phalloides, and some other species where the toxins are amanitins and death is a likely outcome, though intercepting the bile and draining the bile duct (nasobiliary drainage) can be effective (in humans and animals).  This treatment has only newly been tried in dogs and has been highly coupled with general supportive measures (IV fluids, etc.)

If it is Amanita muscaria or Amanita pantherina, where the main toxins are muscimol and ibotneic acid, use of atropine is generally contraindicated.  Without atropine and with simple supportive care (IV fluids, etc.) the animal will usually come out of the coma and fully recover in a few hours.  However, atropine magnifies the effect of the natural mushroom toxins and the coma can be so profound that the decision to euthanize is unfortunately sometimes made.

In contrast, if an animal has ingested an Inocybe or certain Clitocybe species, where the toxin is muscarine (a trace toxin in Amanita muscaria and Amanita pantherina), careful administration of atropine can save the dog’s life since atropine blocks the muscarinic receptors and alleviates symptoms.

How to prevent mushroom poisoning:

There is no practical way to permanently remove mushrooms from locations where they grow.  The best way to prevent pet poisoning is to keep pets away from areas where mushrooms are seen or suspected.  If you see mushrooms in your yard, remove them completely, including the parts below the ground, and dispose of them in a closed container.  Be sure to wear gloves to limit your exposure.  It is important to dig up mushrooms prior to mowing because even small pieces can be toxic.